​Preserving school that is part of segregated past

Jane Goodall became a champion for chimpanzees. It started with a dream. 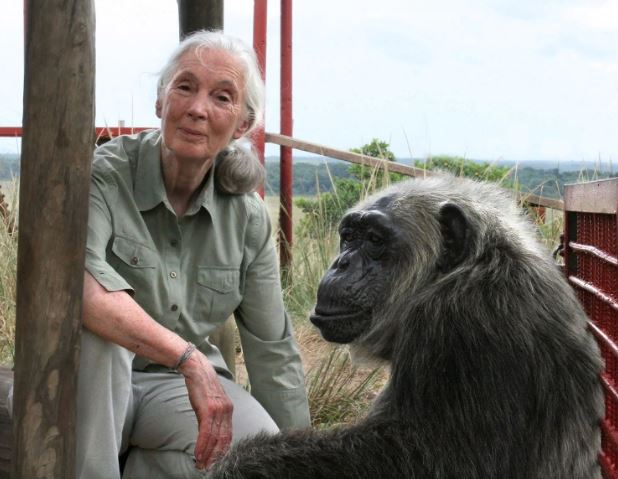 Jane Goodall was a 10-year-old with a dream. A dream of diving headfirst into fictional tales such as “Tarzan of the Apes” to live with wild animals in Africa. “Everybody laughed,” Goodall, now 86, recalls.

Everyone, except Goodall’s mother, Vanne Morris-Goodall.

“Mom said, ‘If you really want something like this, you’re going to have to work really hard. Take advantage of every opportunity. But if you don’t give up, you’ll probably find a way.’ ”

Just 16 years later, that starry-eyed British girl stepped onto the shores of the Gombe Stream Game Reserve in Tanganyika (now Tanzania). It was July 14, 1960. She had been sent by anthropologist Louis Leakey with a simple-sounding mission that was anything but: Watch chimpanzees in the wild.

“The problem was the chimps ran away as soon as they saw me,” Goodall says. “Nobody had studied them before.”

​As a mother, I feel like I need to march this time 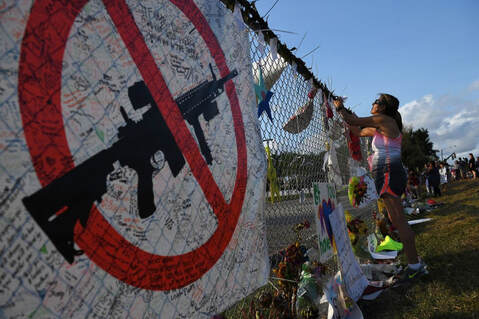 At 37, I’ve been a journalist more than half my life.

While my work has followed a wide array of topics — from flying cars to a Ginger Baker documentary — I typically shy away from the controversial, instead writing pieces that focus on life’s upbeat or atypical aspects.

Since I had my daughter, Juniper, nearly 2½ years ago, my tendency to “play it safe” grew.

There was always a reason.
​
During the Women’s March in January 2017, I was frantically weaning Juniper two months later than expected — while moving for the second time in less than two years. When debate raged last summer over Confederate monuments, I opted not to pitch a story idea — in which I’d photograph daily happenings at Confederate statues along Richmond’s Monument Avenue — thinking I’d put myself, now a mom, at unnecessary risk.

Are flying cars for real? After nearly a century of trying, inventors have the right materials 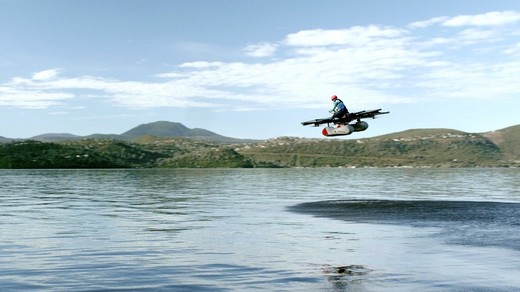 Imagine a flying car. Does it look like a fancy sports car with foldable wings? Or a Jet Ski-like craft that seems to float above water?

That sports car/plane combo is called the AeroMobil Flying Car. The latest model — which can be ready to fly in less than three minutes — was previewed recently with a promised arrival of 2020. The vehicle zooming above water has a name, too: the Kitty Hawk Flyer, an all-electric creation expected by year’s end.

These are two of more than a dozen present-day plans.

“Technology has changed,” says Dorothy Cochrane, a general-aviation curator at the National Air and Space Museum in Washington. “The ultimate design of a flying car is going to be so much different than what people were trying to do for years.”

The rise of the consignment parent 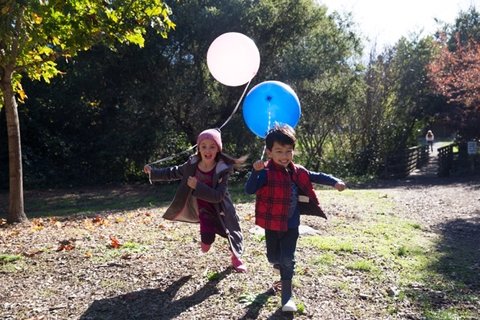 Clutching a snowsuit, I faced a marital dilemma.
​
Before I left to buy winter attire for our daughter, my husband, Sean, had one request in anticipation of my anti-pink penchant when it came to Juniper’s clothing: “Don’t buy something too boyish.”

This snowsuit was blue. With a football helmet on it.
​
It was also $7.

There was another option in the 12-month size at my local Kid to Kid children’s resale store — a more attractive plaid for $15 — but to pay twice as much seemed silly, even downright wrong. Chuckling, I wondered if other parents were increasingly following variations of what I’ve dubbed my “consignment mama” mindset – i.e., a preference for buying youth clothing and toys secondhand.

Are we in the midst of a children’s resale renaissance? Or is this something I’m only aware of as a new parent? After all, eBay is well beyond its adolescence and Goodwill is a household name. So I did what any curious, stay-at-home mommy/reporter would do: I set up nap chats (i.e., interviews during Juniper’s afternoon snooze) to dive into the bargain bin of buying for kids.
​
Read more (Washington Post On Parenting, April 25, 2017) 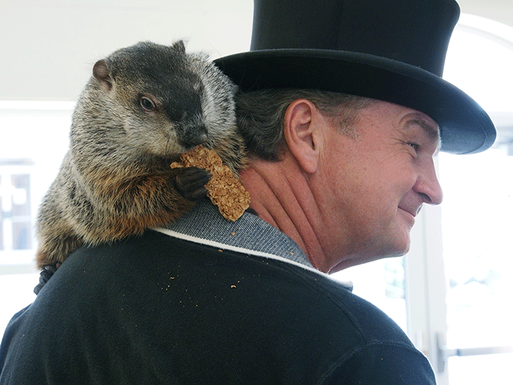 Punxsutawney Phil is legendary. After all, the 20-pound groundhog has made famous forecasts on February 2, Groundhog Day, for decades.

That morning, the Punxsutawney, Pennsylvania, resident is lifted from a stump at Gobbler’s Knob, the ceremony site two miles from town. If he sees his shadow during the annual folkloric tradition, it is believed that six more winter weeks are coming. If not, expect early spring.

There’s a live broadcast. Thousands of spectators. Then it’s soon over.
​
What’s Phil doing the rest of the year? Probably munching a favorite vegetable.

“We tried corn on the cob, and he fell in love,” says 56-year-old John Griffiths, one of two volunteer handlers who cares for Phil year-round. In addition to carrots, celery, lettuce and kale, Phil eats granola bars. They’re treats with a purpose: Groundhogs have two teeth that never stop growing, so the bars help Phil wear them down.

​Thanks for getting me through the early days of being a mom, NPR 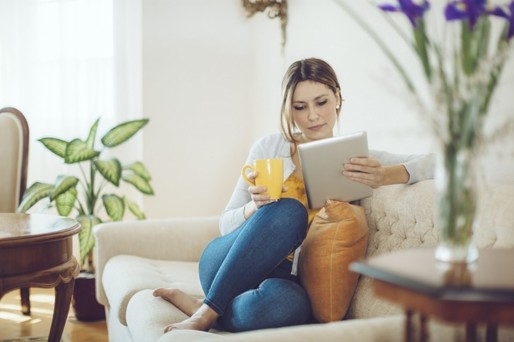 Having a baby gives a person perspective on their life relationships … for better and worse. There are people who show up empty-handed during the delirious early days and drink most of your diminished beer supply. Others arrive unannounced, leaving an aromatic bowl of beef stew on the front stoop.

Yet it’s the increasing essentialness of one particular acquaintance that’s surprised me most.

The NPR News app on my iPhone.

While I’ve listened to NPR for years — usually when driving or doing housework — I’ve recently noticed that the app I’ve often taken for granted (like a faucet I could turn on and off when needed) is gaining appreciated prominence in my daily life.

Why? It likely has something to do with the fact that the two beings I spend the most time with — a fearful dog and a feisty 1-year-old — communicate mostly through barks, babbles, whines and cries. As a fledgling stay-at-home mom, sporadically listening to public radio throughout the day has been a sanity-saver as I adjust to a life that’s dictated by nap and meal schedules.

Six-year-old shares his love of science through a podcast

One thing I’ve learned as a new stay-at-home mom is to make the most of life between my baby’s naps and mealtimes. That’s why I ran past the yachts and sailboats anchored along “Ego Alley” in Annapolis, Md., to flag down the Harbor Queen before its last daily departure at 4 p.m.

Moments later, my husband, Sean, and our 10-month-old daughter, Juniper, basked in the early fall sunshine atop the double-decker boat as we took a 40-minute tour along Annapolis Harbor, taking in sights that included a sailboat race, a Naval Academy football team practice and a cameo by Woodwind II, the schooner that Christopher Walken pretends to sail in “Wedding Crashers.”
​
The outing came at the tail end of our three-day getaway, our first solo vacation as a young family. We had settled on this early fall trip to the small, coastal city after booking — and then canceling — a trip to Bar Harbor, Maine, after realizing that the prospect of flying and sharing a hotel room with a baby, while doable, didn’t sound all that relaxing.

At This Artist Retreat in Lexington, Va., You Paint Your Own Vacation