A Home For Spike: When an American in Afghanistan fell in love with a stray dog, she knew she couldn't leave the animal behind 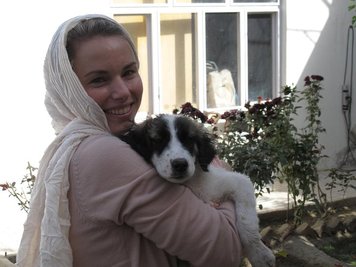 Martin, 31, spent her days in Afghanistan’s Helmand province, where she worked on an agriculture program. She was driven around in armored vehicles. “You eat breakfast with your security guys and they’re like, ‘We had five reports of Talibs wandering around with suicide vests looking for targets,’ ” she says. When she was at work, Spike roamed around the living quarters.

When it was time to return to Washington in October, Martin was distraught. Having a dog on the compound was already deemed a security risk—most Afghans don’t keep dogs as pets, as they can alert terrorists to a Western presence—and she knew that once she left, Spike would be shot or abandoned. Even if she were to get the dog out of Afghanistan, her job required frequent travel and she knew she couldn’t care for the animal. “I wanted to take her back to the States,” she says. “I just didn’t know who I wanted to give her to.”

A 31-year-old living in Arlington, Morgan had grown up with dogs and was thinking about getting one of her own. She fell for Spike’s “old-soul eyes.”

After talking to one of her security guards, Martin learned about Nowzad Dogs (nowzad.com), a British charity created in 2007 by Pen Farthing, a former Royal Marine who brought home two dogs he’d connected with while stationed in Afghanistan. The group’s goal is to rescue animals that soldiers or contractors—increasingly American—want to take home. Nowzad has rescued more than 200 dogs.

“What people forget about with the Afghan dogs is it’s not just a dog being picked off the street in Afghanistan and sent to America,” says Farthing. “This dog actually has a bond with a soldier doing a tour of duty.” 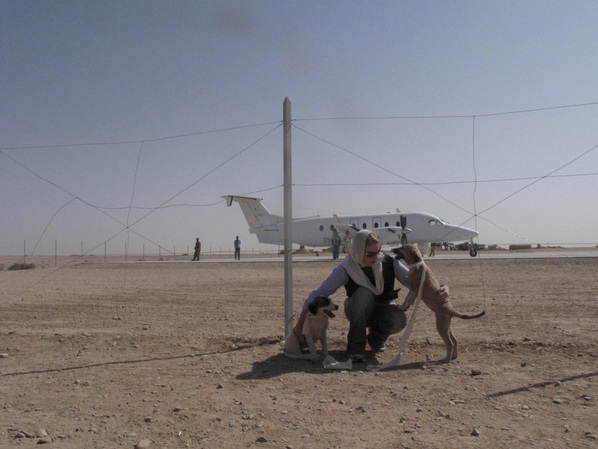 After raising $1,500 through a ChipIn fundraising page and an e-mail to family and friends—a sum Nowzad matched to cover transportation and vaccination—Martin boarded a plane with Spike on October 12.

They crisscrossed Afghanistan in a series of short flights, then parted in Kabul. Martin flew to Dubai and then DC, while Spike was transported to an Afghan animal shelter. There, she was vaccinated and dewormed before being flown to Frankfurt, Germany. Then she rode in cargo during the flight to the United States. 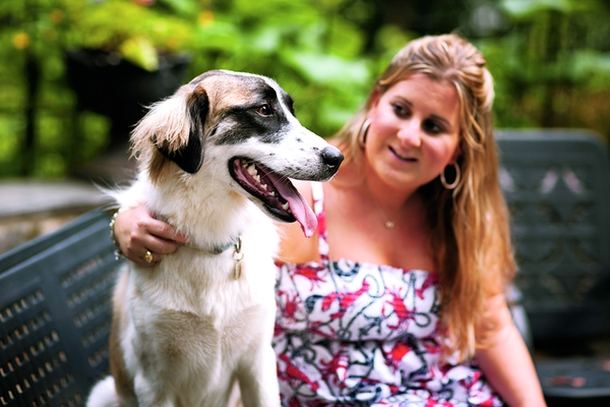 On October 29, Melissa Morgan picked up Spike—she’d renamed her Poppy—at Dulles Airport. “There was this tiny little puppy in this little crate,” says Morgan, a special-projects manager at the law firm Womble Carlyle Sandridge & Rice. “She was a sad little thing.”

The dog started following Morgan around as soon she got out of her crate. Doors, sirens, and other noises scared Poppy, so Morgan slept on the floor with her the first few nights. Martin came over to help her friend bathe her.

Nearly a year later, Poppy, now 51 pounds, is nestled in a blanket on Morgan’s living room rug gnawing on a bone. She’s docile, rarely barks, and shakes both paws when asked.“She loves to cuddle,” says Morgan. “In the morning, I get up to take her out and then we do 20 minutes on the couch.” (Washingtonian, Sept. 2011)